After the Parkland, Florida shooting just a couple of weeks ago that resulted in 17 murders, students who lived through the massacre have underscored the importance of more stringent gun control measures. A CNN poll indicates that seven out of ten people support tougher gun control laws after the latest shooting.

By contrast, only 52% of the population favored these restrictions in October. Current events have likewise prompted over twenty companies to abandon their support for the National Rifle Association. Derek Thompson from The Atlantic argues that the mass shooting in Florida has galvanized gun control activists and corporations alike because of the visibility of student support and growing disapproval over the president’s actions. Many of the speakers in this case are not even old enough to vote, making their eloquent arguments more compelling because the public is less likely to accuse them of promoting a particular political agenda.

Activists have been similarly vocal about their disapproval of businesses affiliated with the NRA on Twitter and Facebook, placing more pressure on companies to choose a side in the gun control debate. Corporate social responsibility has increasingly been influenced by boycotts, and a company’s business interests can be compromised if it does not respond quickly enough to the calls of consumers looking to public figures to advocate for social change. Airlines, car rental companies, and banks have withdrawn their support for the organization in light of the current political climate. Thompson makes the distinction that corporations such as MetLife and United Airlines are not turning away NRA members; they are simply terminating discount programs with the NRA. Ruth McCambridge of the Nonprofit Quarterly illustrates the strength of the student-led protests by pointing to FedEx as an example of a company that caused a commotion when it decided to continue to back the NRA.

Corporations faced similar pressure with the controversies surrounding the travel ban, the Paris climate agreement, and Trump’s silence after the far-right demonstrations in Charlottesville. Increasingly negative reactions to Trump’s policies have created a snowball effect where his opposition feels secure in continuing to protest against him and, in this case, groups he supports. Lawmakers quick to offer “thoughts and prayers” without pushing for real political change are perceived as being corrupted by their partnerships with the National Rifle Association. Seventeen-year old shooting survivor Cameron Kasky hopes that recent events will dissuade voters from supporting gun lobbyists in the Senate. 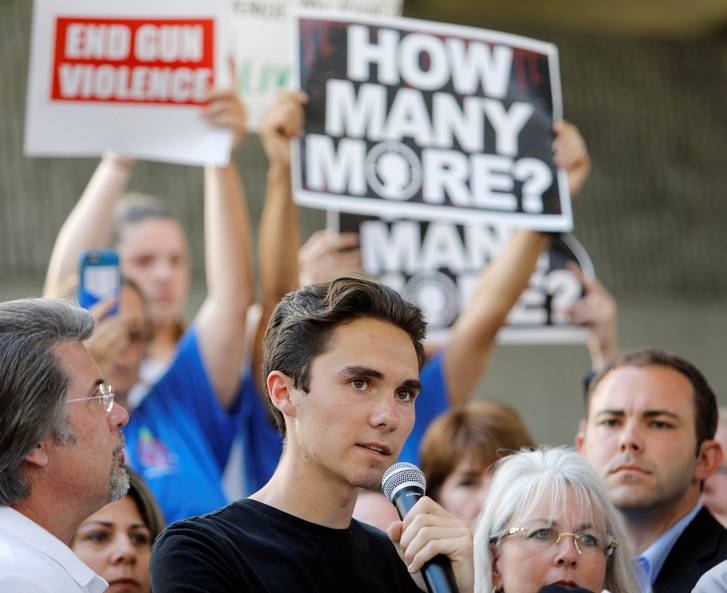 Image courtesy of The New Yorker.

While the case for gun control is strong, the NRA’s supporters are perhaps even more dedicated. It has a massive following of five million members who actively support a pro-gun stance. Consequently, lawmakers associated with the organization are fearful about losing its blessing, and Republican Florida congressman David Jolly serves as an example of the potentially damaging consequences of severing ties with the powerful group. Jolly previously had the NRA’s support during a 2014 election, but lost their backing after the Pulse nightclub shooting in 2016 when he embraced stronger gun control measures that would prevent individuals on terrorist watch lists from buying firearms. The politician speculates that because the nonprofit pulled funding, he lost his second campaign. Ryan Sit from Newsweek offers statistics that further demonstrate why the association is such an intimidating force, disclosing that it spent 35 million on lobbying in 2016, exceeding every other political nonprofit’s spending.

Despite gun sales dropping within the last year, the NRA’s loyal members continue to donate in large numbers. McCambridge additionally notes, however, that these numbers tend to correlate with the success of gun sales, meaning the nonprofit’s finances could still take a downward turn. This could mark a shift in power, as the NRA has often been conceived of as an untouchable entity with enough monetary support to block firearms legislation. Current distrust of the NRA is thus understandable considering it has also contributed over one million in funding to seventeen sitting Senators. 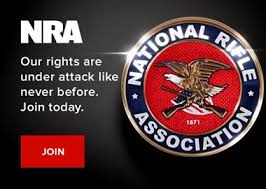 Image from the NRA’s home page.

David Jolly suggested that the NRA’s message is still so compelling to supporters because it is clearer than the varied ideas demonstrated by gun control advocates. The NRA presents the abridged message to gun owners that the opposition is looking to strip them of their guns entirely, violating their Second Amendment rights. In spite of gun owners’ anxieties over this possibility, however, many are on the same page as gun control activists when it comes to barring domestic abusers, stalkers, and suspected terrorists from purchasing firearms.

Alarmingly, businesses have been quicker to react to political controversies than the federal government. Calling these corporations “liberal” could be a bit of an overstatement. While many are quick to support liberal ideologies, they also ironically profit from Republican economic practices, including trillion-dollar corporate tax breaks. The NRA believes that these businesses are fearfully reacting to the whims of the public rather than maintaining their integrity. On the contrary, the persistent mass shootings are making gun control an issue that neither side can ignore. This emerging consciousness from activists and businesses about the need for more background checks and safer gun laws provides a necessary counterbalance to the inaction of lawmakers in the White House.