What do you get when three huge corporations join forces to make a change? You may get a nationwide mentoring campaign.

According to LinkedIn themselves, Starbucks, and  MENTOR: The National Mentoring Partnership are collaborating with organizations including Big Brothers Big Sisters, YMCA of the USA, City Year and Year Up in order to launch their nationwide mentoring campaign.

MENTOR, is a mentoring cooperation, whose mission is to “fuel the quantity and quality of mentoring relationships for America’s young people and to close the mentoring gap.”

EXCITING NEWS: @mentornmp @starbucks and @linkedin will join forces to launch a campaign to connect 10,000+ mentors and mentees to help close the mentoring gap! We’re teaming up with orgs like @bbbsamerica @ymca @cityyear & @yearup. Click link in bio to learn more and become a #MentorIRL

The goal of these organizations massive collaboration is to match 10,000 youth mentors and create even more opportunities for those looking to jumpstart or grow their careers, as reported by LinkedIn.

Mentors from Linkedin and Starbucks work with young people on Monday, January 22, 2018 at the Starbucks in White Center, Washington. (Joshua Trujillo, Starbucks)

Starbucks is adding this campaign to towards the multitude of other future projects they intend to are release in order to benefit the opportunities for the youth nationally, thanks to CEO Kevin Johnson. The coffer empire announced this collaboration along with other growth innovation strategies they have instore for the future, during their annual meeting this year. The corporation is also partnering with the Schultz Family Foundation, MENTOR and other similar organizations in order to bring mentor training and more career opportunities to many more young people in order to launch their careers. 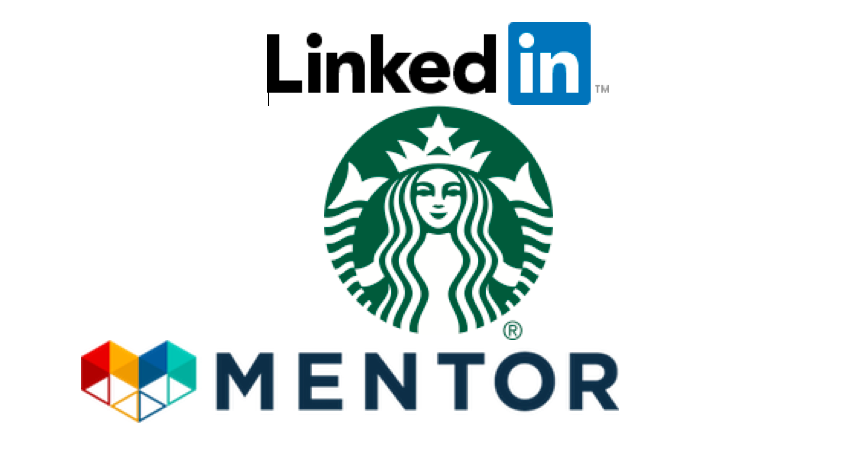 All of these companies have one thing in common and it is the idea, the will, and heart to want to see our future generations succeed and win. Especially, in a world like today when things seem hopeless, even huge corporations such as these can come together and make a change and believe in the youth of today and of tomorrow!